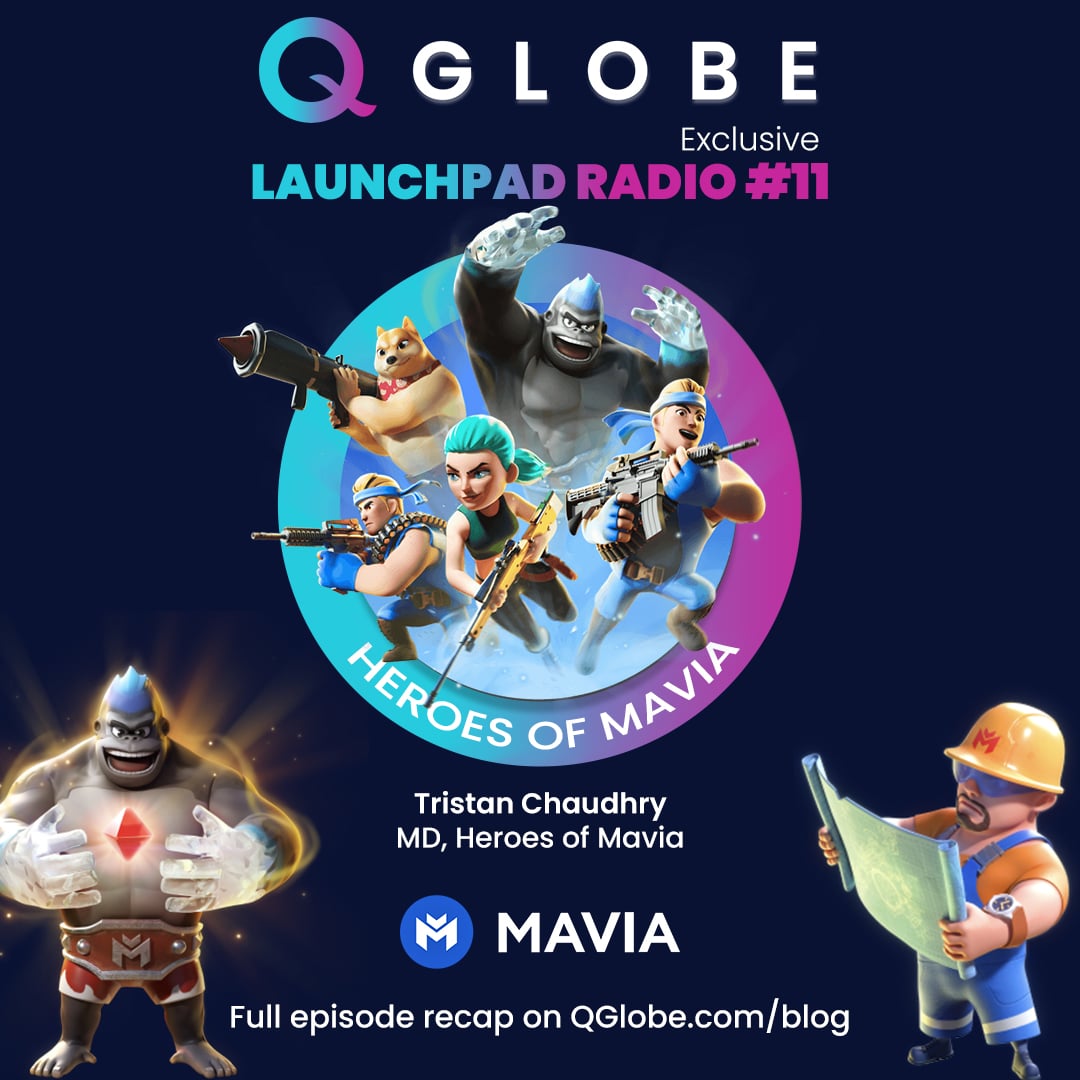 The P2E model has taken the gaming world by storm as it offers real-world value and is community-based. As upcoming trends are leaning toward play and earn more than play to earn, P2E is still a trend that investors are excited about because it still offers earning opportunities. Heroes of Mavia is an upcoming play-to-earn (P2E) game set on a fantasy-themed island called “Mavia". As you land in Mavia, you will have to build up your base and defensive structures to protect yourself from opportunistic enemy invaders.

The game will have a dual token model, the RUBY, that will serve as in-game currency. QGlobe is excited to distribute the Heros of Mavia message to the whale community across Twitter Spaces the day before the land mint as well as the day of mint. Tristan Chaudhry, the founder and Managing Director of Heroes of Mavia joined QGlobe and its founder Sarah Austin for the Twitter Spaces where he said, “It's completely self-governing, its supply-demand is based on utility. If they use it and burn it, supply goes down. If they're playing, minting it, then it goes up... We're excited to be partnered with Binance NFT on the land sale... and to have the support of BSC, QGlobe and others.” And MAVIA will be a governance token allowing holders to vote on certain decisions concerning the game.

Land is the primary NFT asset in the game of Mavia and since Mavia is an island, the land assets are finite and thus become more valuable over time. Without Land, players are not able to build and operate a base, and therefore are not able to play the game. Hero and Statue NFTs are optional and are not required to play the game but help provide a strategic advantage through battle and through base boosts.  Pertaining to the upcoming NFT staking launch, Heroes of Mavia has introduced a new concept of Land NFT Soft-Staking, that allows any Land NFT owner to stake their land and earn rewards without the need to pay gas or give up control of the NFT token.

Tristan Chaudhry in Twitter Spaces told the QGlobe community of NFT whale collectors, “for someone who just wants to have the minimal upfront work and capital required to jump in, they just rent. So, a lot of people will rent because it's mainly to on-ramp into the game. It's for people who are playing and trying it out. But renting is cool because there's also a case for players who are really skilled and don't want to share the rewards with anyone.” Or there can be base partnerships that allow a base owner to lend their land to another player, expecting the player to use the base, yielding RUBY rewards and in return, the base owner will keep a fixed % of the RUBY earnings, as an owner’s fee.  Heroes of Mavia not only created a unique staking criteria and amazing in-game rewards, but its unique land graphic design, emulating the one of a kind aspects of real land plots, is also a novelty. The highly qualified team behind Heroes of Mavia is providing an impeccable gaming P2E gaming experience and it is sure to make waves as it rolls out its features.

Understanding that the market is still very accepting of P2E rewards in this wave of the NFT bull run, it's still a great time to launch a P2E game.