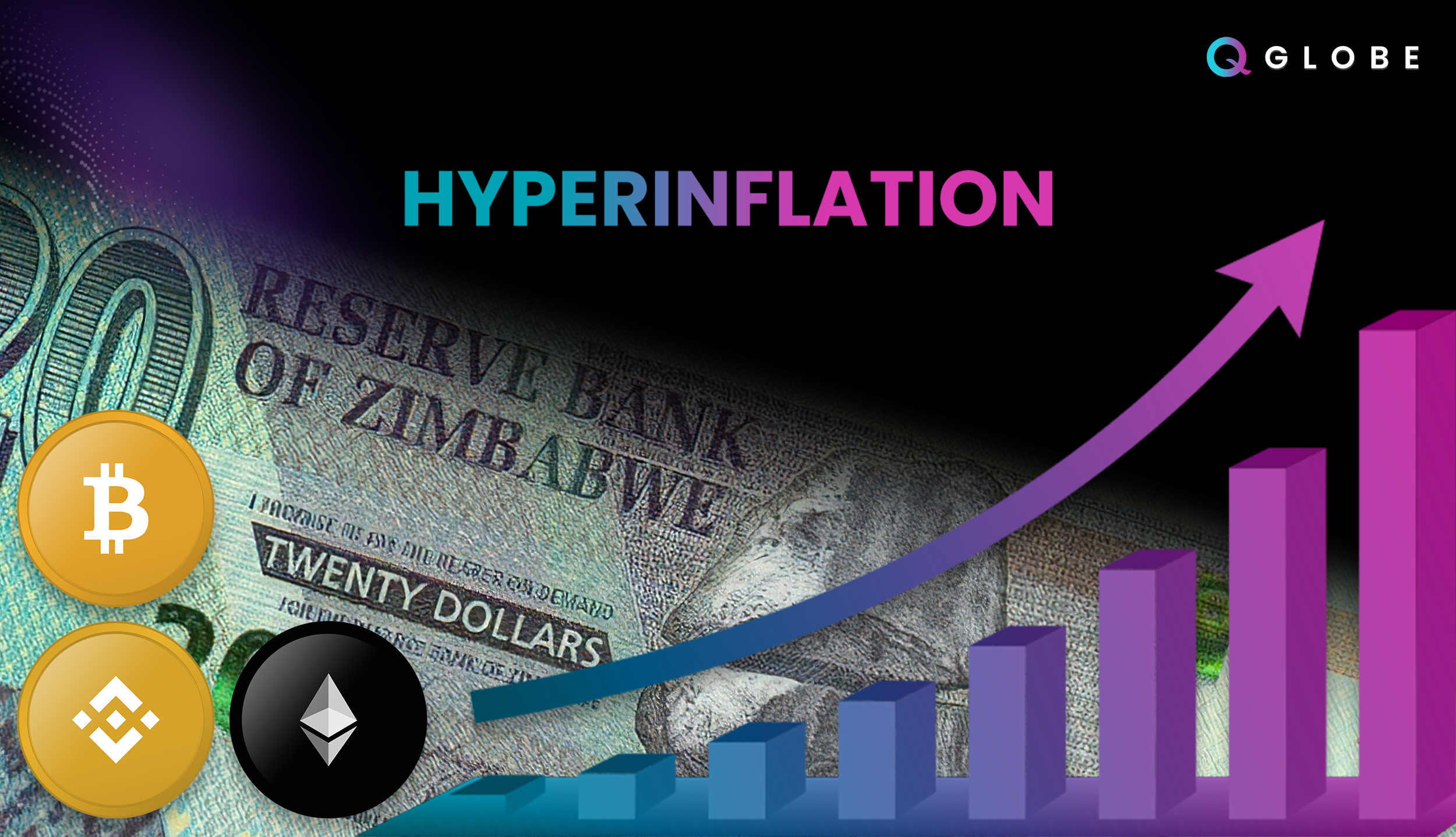 Hyperinflation; A product of Centralized Economic Systems and how the QGlobe DAO can Change this Dynamic

In anticipation of the QGlobe DAO announced in May 2022, the community has been competing for the few and limited QG role on Disord where certain privileges to accumulate more QCoin will incentivize the very early contributors to the network. The QGlobe DAO is organized and run on the QGlobe Discord channel, and anyone who wants to contribute to the project can join the community, validate their contributions in a decentralized and transparent way, and get paid in cryptocurrency for their work. As an initial contributor, it does take some effort to onboard into a DAO such as QGlobe where the process includes acclimation, listening, and autonomous navigation within a community that's passionate about investing in impactfull DeFi games, and NFTs.

The QGlobe Investment Club enables anyone to share investment risk as well as ideas and market strategy. Often times the initial community that backs a DAO converts a percentage into DAO contributors who not only invest their crypto, but also their time in exchange for DAO digital asset tokens. Although the core primitive for Investment Clubs in this era is the decentralized autonomous organization (DAO), as advanced as that idea is, the tooling is very makeshift at the moment and structuring your DAO just right is worth the research and planning in advance.

QGlobe designs the infrastructure for a flexible club for users depending on their specific situations and tolerance for legal ambiguities allowing investors to achieve liquidity with vesting schedules that are in the best interest of decentralization and longevity for the overall success of projects. Certain guidelines exist for accredited and non-accredited users as well as DAOs that have members in the United States. QGlobe’s suite of smart contracts can walk users through the process of formalizing their club with a legal entity and handling things like setting up a bank account and getting tax forms to ensure safety and transparency for all. Transparency allows for democracy. DAOs have the best chance to uphold the core standards in an effort to prevent catastrophic historical inflation stories to repeat themselves as we've seen with Zimbabwe, France and the modern day unraveling of the United States.

Shortly after the Revolution of 1789 France experienced a period of major hyperinflation which lasted until 1796. The hyperinflation of 1790s France illustrates one way in which inflationary monetary policy becomes unmanageable in an environment of economic stagnation and debt, and in the face of special interests who benefit from, and demand, easy money. The French government envisioned its currency, the Assignat, as a means by which people who had historically associated wealth with land ownership could conduct business, without needing to transfer land titles or move to newly acquired real estate in far regions of France. Once the assignats were issued, business activity picked up, but within five months the French government was again in financial trouble.The second issuance caused an even greater depreciation of the currency but new complaints arose that not enough money was circulating to conduct transactions. Prices started to rise and cries for more circulating medium became deafening. Although the first two issuances almost failed, additional issuances became easier and easier. By 1797, most of the currency was in the hands of the working class and the poor. The entire episode was a massive transfer of real wealth from the poor to the rich, similar to what we are experiencing in Western societies today.

The development of paper money is key to understanding the political and economic results of hyperinflation throughout history. Currencies that Europeans commonly used before the 18th century, including land, grain, and even coins, had value beyond their use as a medium of exchange, so they did not inflate in the same way as paper currency. Paper money has changed that dynamic completely and now there is another shift that is Cryptocurrency. Economists and consumers are debating the dangers and benefits of incorporating digital currencies but the history of money can offer insights into how the centralized economy has let us down time and time again. With traditional fiat reserves, there is no telling how much money is circulating, and no one knows if the central banks are printing money on a whim which causes inflation. Another reason the world’s traditional fiat currencies are no good is because the electronic form is also used to monitor the public’s wealth. With this power, central authorities can censor people’s privileges to move money in any way they see fit. The decentralized currencies such as cryptocurrencies are immune to inflation or deflation Decentralized currencies are not subject to geographically-based exchange rates and most importantly are powered by DAO that allocate power to members rather than a single central authority, potentially creating a truly democratic system.

QGlobe is looking to position itself at the center of the DAO infrastructure ecosystem and get as many curious users familiar with their offerings as possible. If you're interested in learning more, enter your email here to get the brochure on how to start as either a contributor, retail investor, or as an accredited investor. And join the Discord to earn yourself the QG role before it's too late.