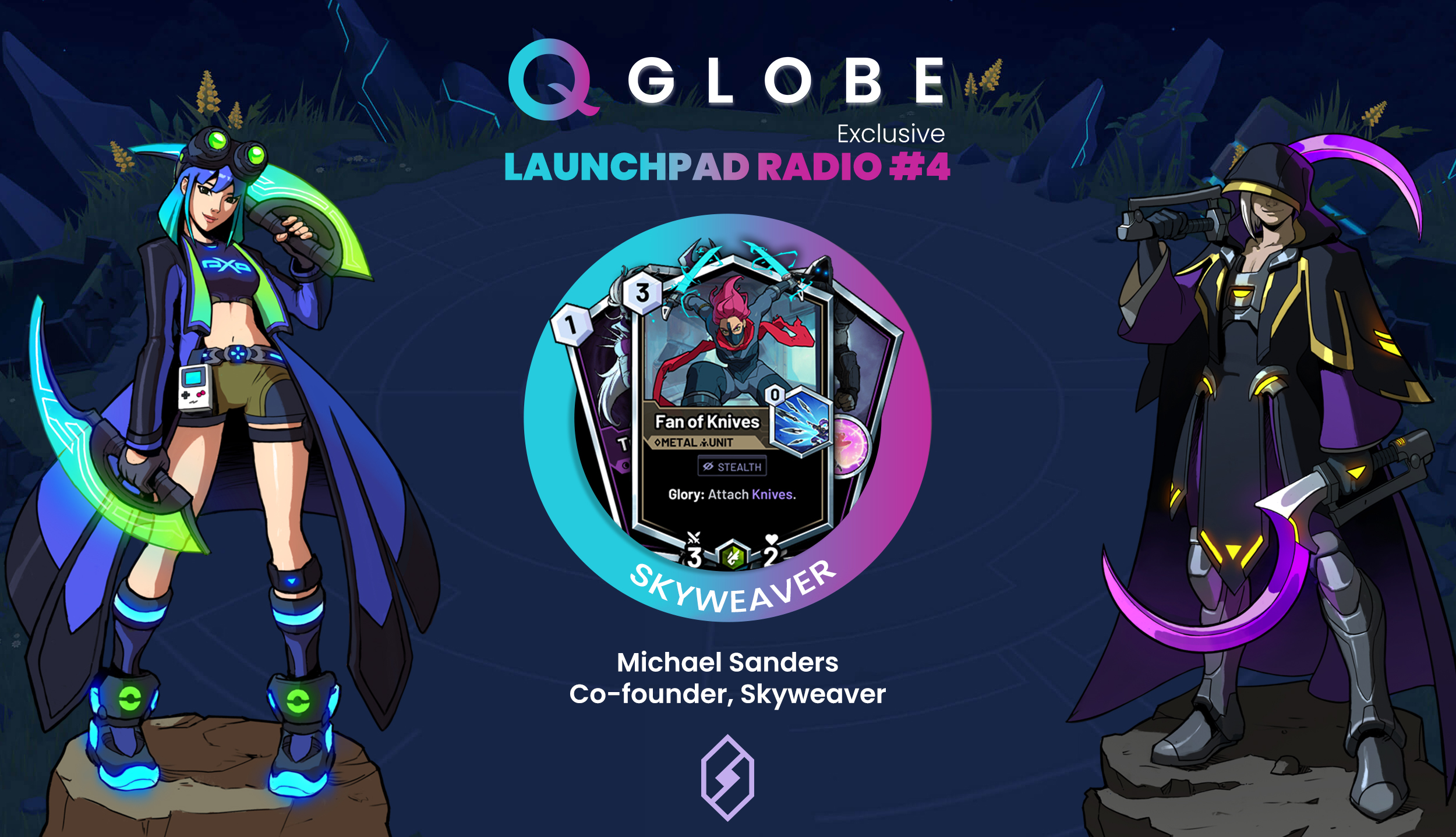 On Launchpad Radio, QGlobe co-founder and CMO Sarah Austin did a deep dive into the Sky Weaver world with the co-founder Michael Sanders and was joined by Mighty Hercules and QGlobe who initiated a fascinating conversation on current Web3 trends. Here is a short recap of the twitter space, be sure to follow QGlobe on twitter for announcements on upcoming NFT game IGOs.

SkyWeaver is a free trading card game where you can own, trade, and give away your cards (NFT). The combination of in-depth strategy games and player-owned markets allows you to win tradable cards (NFT) on your journey. Sky Weaver is a project of Horizon Blockchain Games whose vision is to make blockchain fun, accessible and beneficial for all participants, users and developers. Michael Sanders, cofounder of Sky Weaver commented that, “What we really set out to do is to create something that would break through to the general gamer and the mainstream gamer audience. And so, the gameplay, the novelty of it, the graphics, the UX, all of that, combined with a unique and sustainable player on economy that's free to play, where players can play on their own NFC cards.”

SkyWeaver being a trading card game, entails 500 unique cards in its card economy, for each with their own mechanics, artwork, and abilities. And each one of these 500 cards exist as three different grade types. So, they all exist as a base version, as a silver version, and as a gold version. Basic cards are not tradable. They are tied to your SkyWeaver account and obtained through level upgrades, silver cards can be traded, they can be obtained through ranking rewards and conquering modes, gold cards can be traded, but it can only be obtained through the conquest mode.

SkyWeaver is really committed to its community and sticks to its ethos of love, openness and incentivizing its community by offering free to play experience so that anyone can access the game regardless of the money they might have. The card economy has been modeled in a way to give exclusive incentives to players. According to the co-founder, Michael Sanders, “Each week, only eight of the 500 cards that exist in SkyWeaver can be minted as a gold card. then in week two cards nine through 16 are minted, meaning that cards one through eight can never be minted again. So those cards have fixed supply forever, which creates some interesting incentives for Sky river players each week”.

From the perspective of users and internal test results, SkyWeaver is at the top level in the chain game, with excellent art and mature game experience. It makes it super seamless and easy for players to buy and sell their cards in this decentralized market where everything's efficient and intuitive.